The remnant of Sumerian tribes

After 2003, life began to return gradually to the marshes, especially people were destitute due to the policies that were previously governing Iraq. Marshes are the original place of Sumerians who lived in Iraq about 3800 BC.

People use boats in their movements and fishing. Kids are also professional in the driving of the boats which called (Mash’hoof), and girls are able to row it, for fishing or to transport persons around the floating houses.

There are some dry spaces being exploited to breed cattle or play. Despite the simplicity and poverty life, this Sumerian boy plays football while some other kids play with a buffalo, a cow, or maybe they are on a fishing trip.

In spite of the strength of a small buffalo, and the magnitude of its size, the marshland children are able by their own way to make this buffalo like a toy of spending leisure time and to play with him until their parents come back from the fishing trip.

Finally, parents return with caught fishes. Marshland people have a distinctive way to grill fishes as same as the way of their ancestors,  thousands of years ago, based on reeds as a firewood. Afterward, they go to get rest and sleep in preparation for a new day.

A good report was published about the life on the marshland and how it is important, as well as, the impact of previous Iraqi politics into this area. CBS News Channel called Iraqi Marshes “ the Garden of Eden”, based on evidence from the Bible, and cuneiform tablets, I may talk about this in another report. 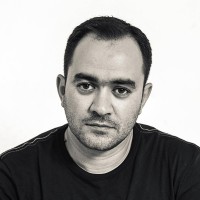